Let us have a look at the installation screenshots of 11g Release 2 on a Red Hat Linux platform. Currently the 11g R2 software has only been released for the Linux platform with release dates for other platforms like Solaris and AIX set for sometime end October to mid November.

There are quite a few new installation options available as can be seen from the screenshots below. What we are installing below is “Grid Infrastructure for a stand alone server”.

Further, the Grid Infrastructure can be installed for a stand alone server or for a cluster deployment. The ASM and Clusterware are instaled in the same home directory and it should be noted that now in 11g R2, the clusterware files like the OCR and the Voting Disk can be located on ASM storage and raw devices is no longer supported.

Also, now there is separation between SYSASM and SYSDBA and if you want to connect to the ASM instance you need to do it as SYSASM. It is recommended to also create a separate group in addition to the DBA group specific for ASM administration and make SYSASM grantees members of this group. In one of the screenshots below we will see an alert being displayed when we have selected the dba group for the ASM installation. 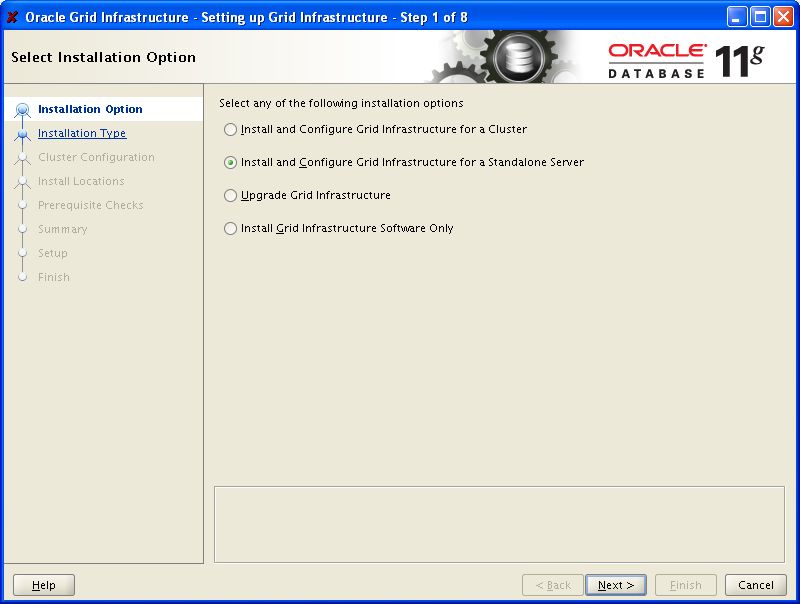 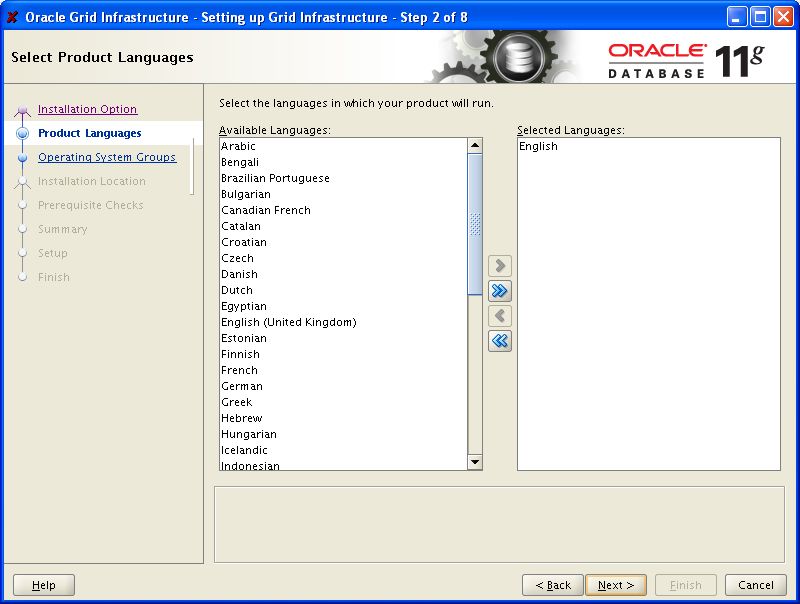 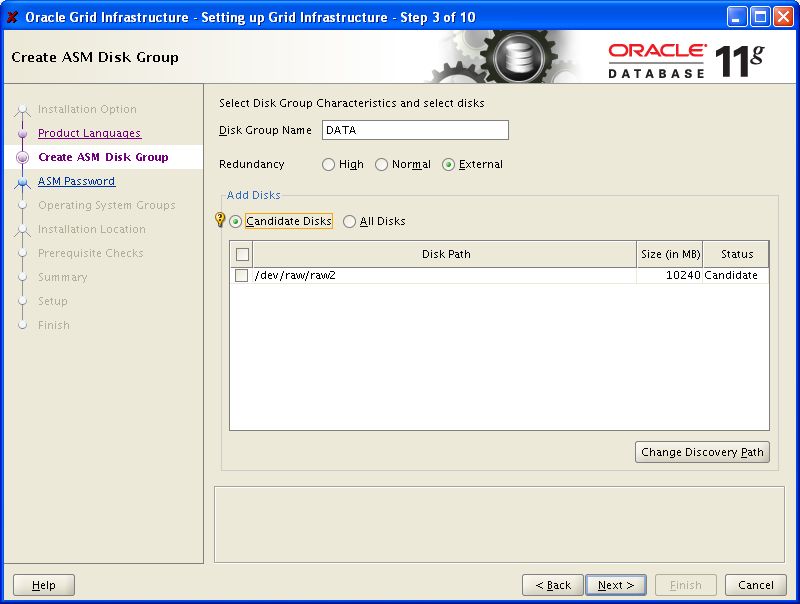 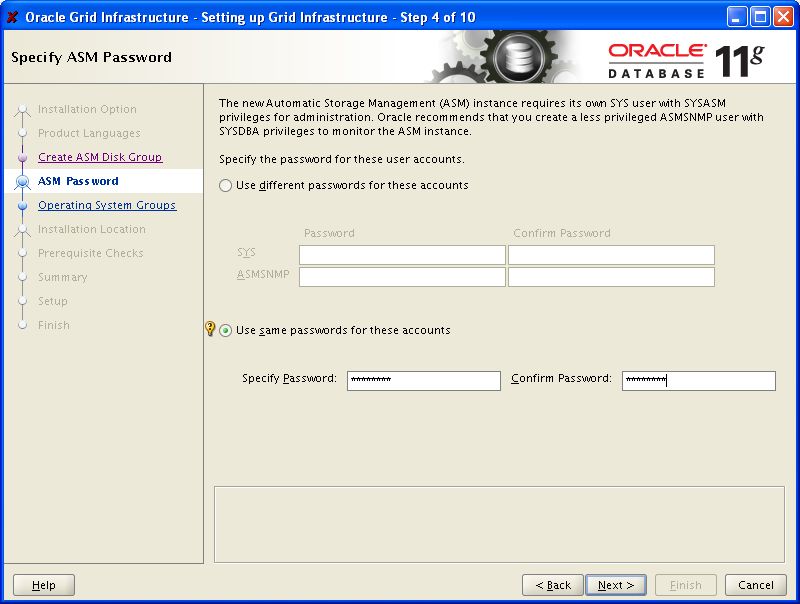 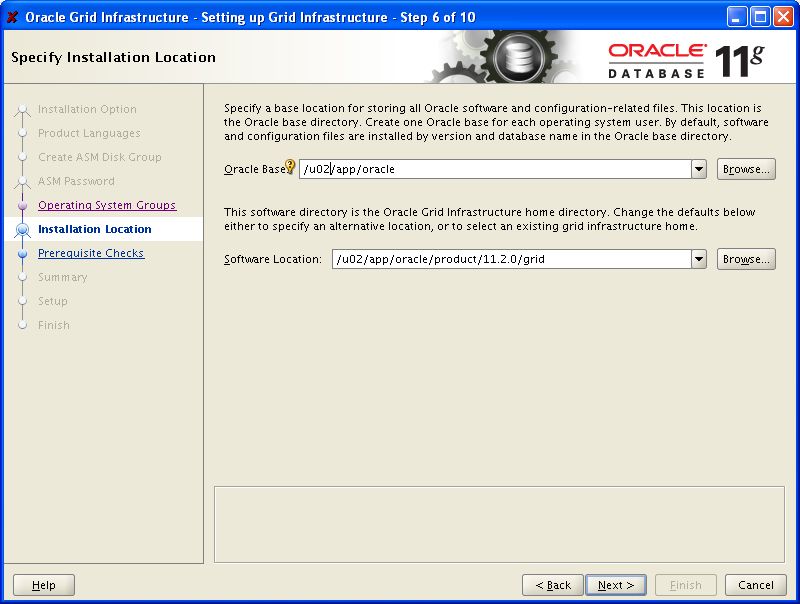 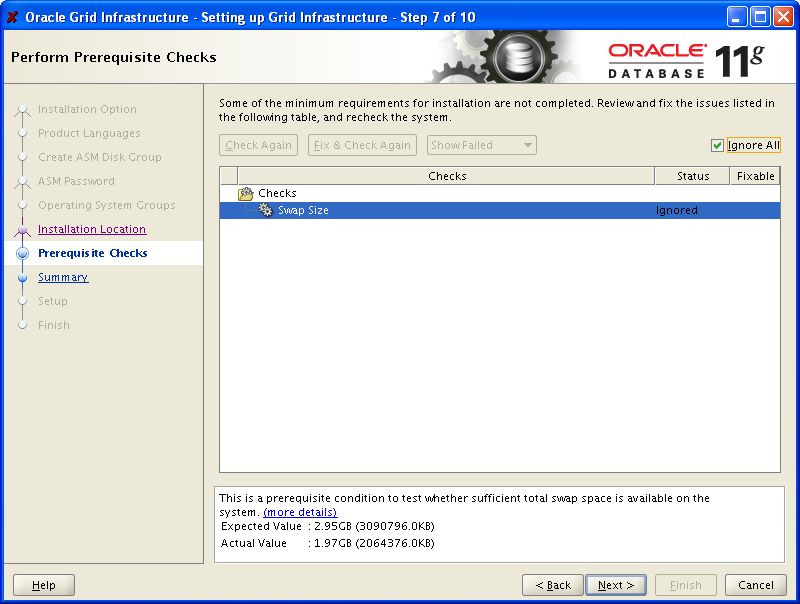 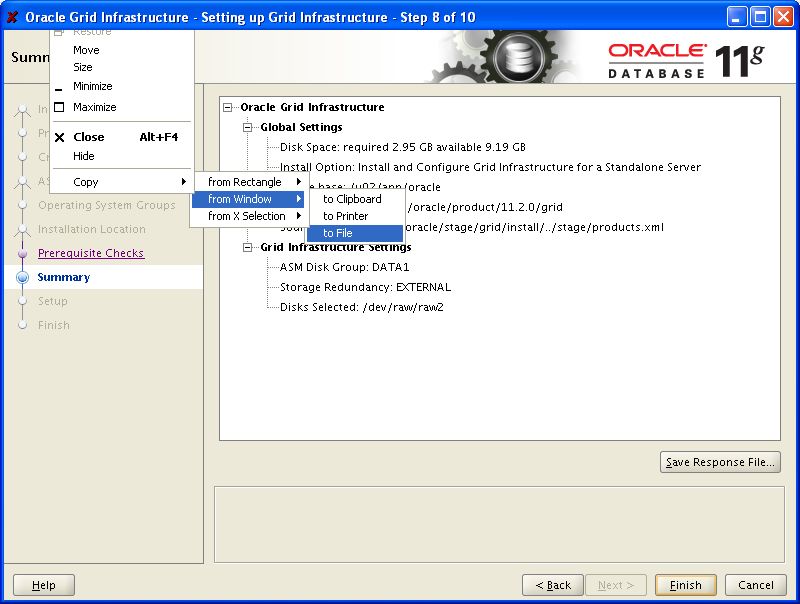 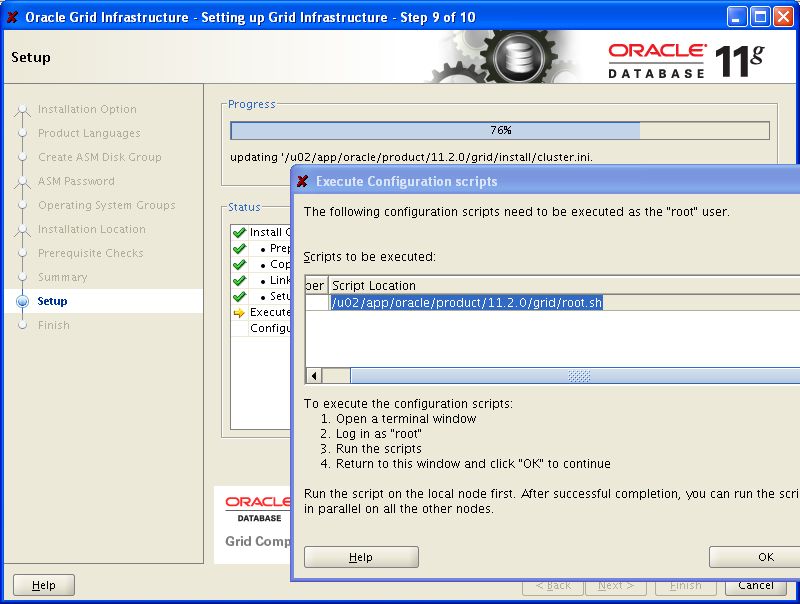 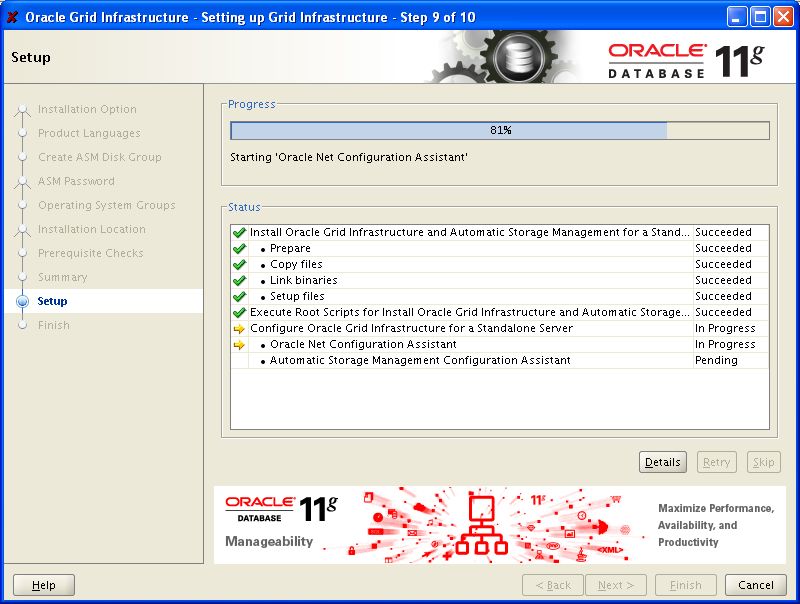